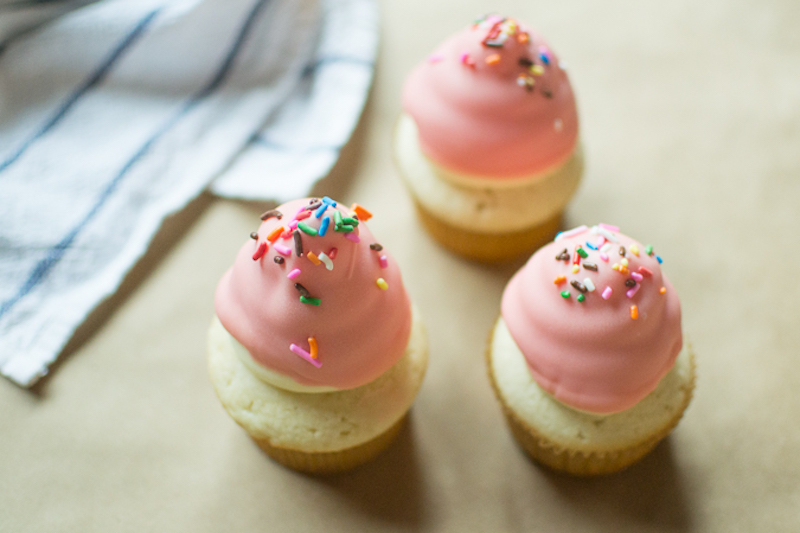 So…I made a bunch of dipped cupcakes last week and listed the assembly instructions for all three on one post, but I wanted to go ahead and share the recipes I used for each of them. Up first: the basic vanilla cupcake dipped in a colored chocolate candy shell. Mm mm mmm.

A delicious vanilla cupcake with vanilla buttercream frosting, dipped in colored candy melts and garnished with rainbow sprinkles for a colorful take on the traditional vanilla cupcake. Hey, that rhymes.

Recipe for the vanilla cake

In a medium-sized bowl, sift together the flour, baking powder, and salt.

In a larger bowl, beat the butter at a high speed, and gradually beat in the sugar. Then, beat in the egg whites.

Finish by incorporating the vanilla. 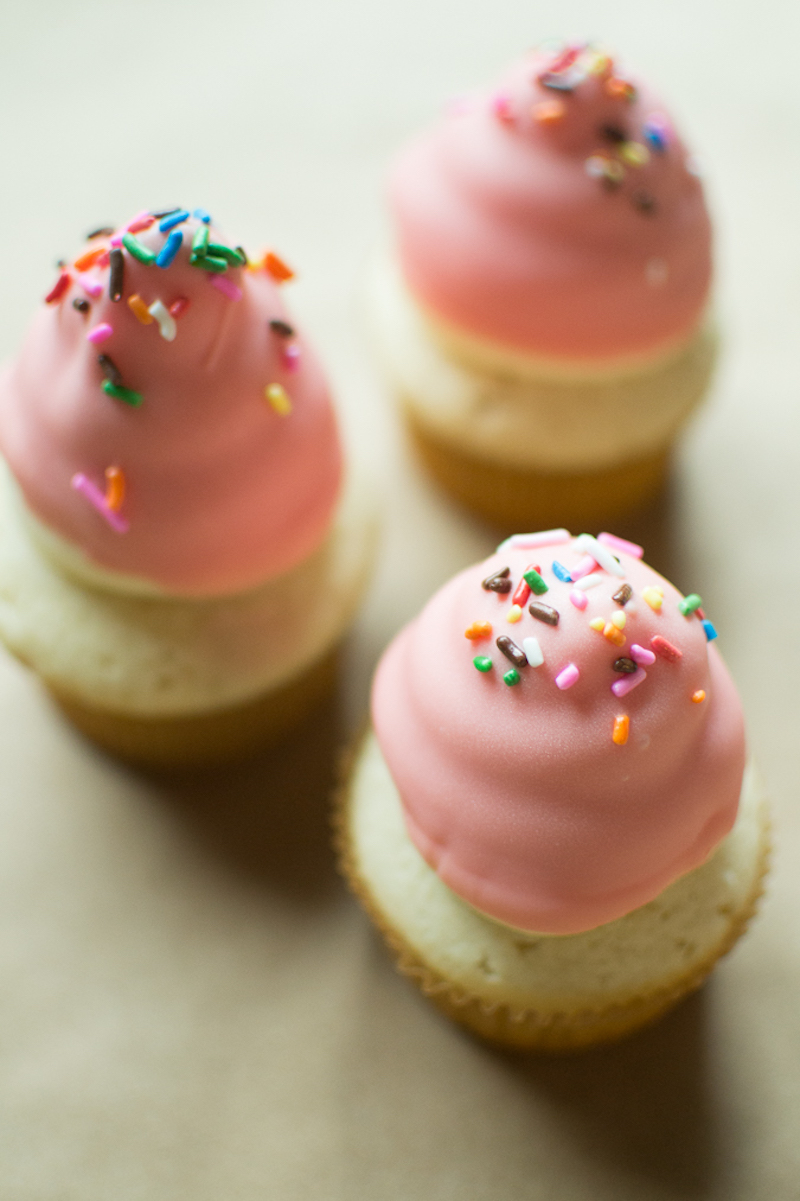 Recipe for the vanilla buttercream frosting

Makes enough for 12 cupcakes topped with lots of frosting.

Cream the butter for a good few minutes.

Gradually beat in some of the powdered sugar.

Incorporate the milk or cream and vanilla.

Finish by incorporating the rest of the powdered sugar. The more you add, the stiffer your frosting will be. Make sure it’s stiff enough to hold its form when piped onto cupcakes.

Place a large round tip at the end of a piping bag and fill the bag with frosting.

Place your cupcakes in the freezer for about 30 minutes. Meanwhile, prepare your colored chocolate by melting 2 bags of colored candy melts in the microwave at 40–50% power at 30 second increments until melted. Make sure to use a tall bowl or cup that will be wide enough for dipping. Add 2 tablespoons of vegetable shortening during the melting process if the candy melts are not coming to a smooth consistency. You will want to time the melting of your candy melts so that they sit for about 10 minutes to cool once fully melted.

Remove the cupcakes from the freezer, and one at a time, hold the frosted cupcake upside down and dip in the melted candy melts, leaving a small bit of frosting at the base of the cupcake undipped. As you dip, twist the cupcake in a circular motion. Then, pull the cupcake straight up and let the excess coating drip off. Then, turn over quickly and let cool.

Garnish with rainbow sprinkles as desired. 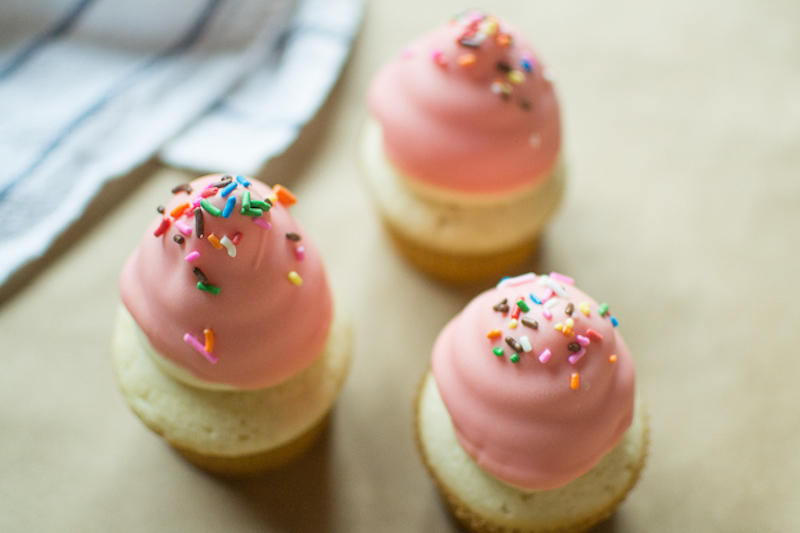 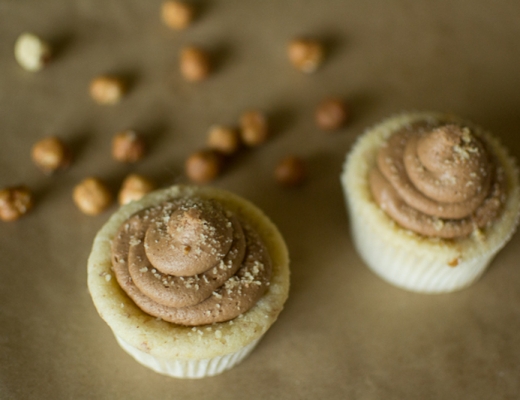 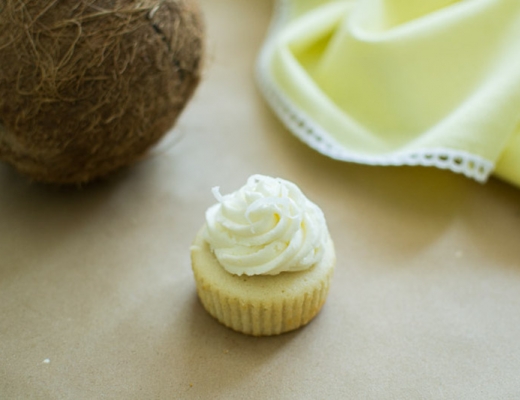 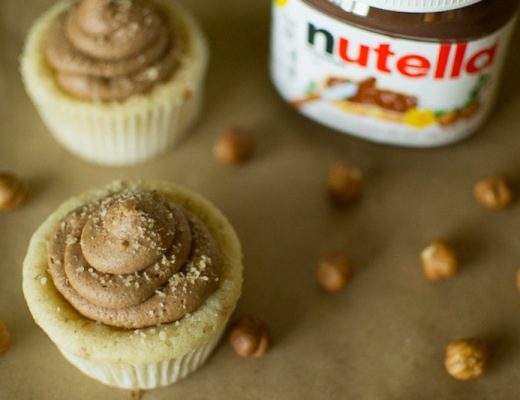