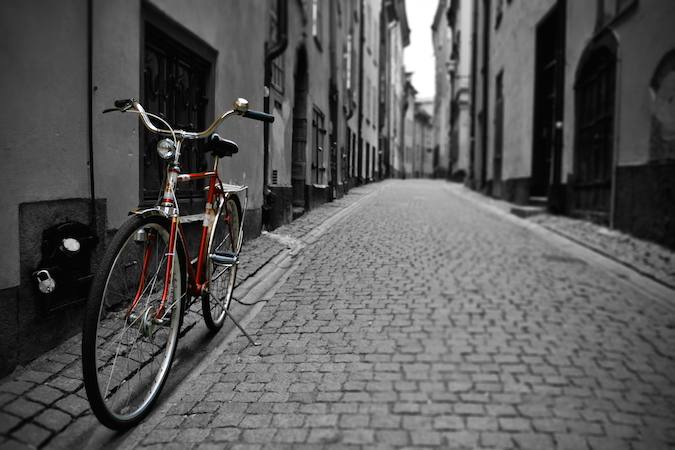 I used to have this little iPhone holder

in my car that said Urban Beatz on it. I got it at a secondhand shop in order to make all of my in-car music listening a tad bit easier. It suctioned right onto the windshield and came down and out so that you could set your phone on it and have it relatively close by when you were driving—think GPS-style. It was kinda great. But it had a flaw: the plastic platform that the phone rested on got right in the way of my headphone jack. Which meant that I had to turn the phone upside-down in order to plug my cassette adapter into it. Fun stuff, man. And then there was another flaw: if ever I made a turn that was even just slightly too tight, my phone would fall right off and usually face-plant onto my lap. This resulted in hair ties being strung across the front of the phone holder to keep my phone in place. So, after about a month of this, I made the choice to upgrade to a better phone holder—and this time one that could mount right on the dash so that I wouldn’t look quite as dorky. I do still sometimes miss Urban Beatz, though. He will always remind me of the lengths we can go to in order to make music listening a reality in the car.

Fun fact: In case you haven’t been able to tell already, I can get really passionate about listening to music in the car. I consider it an activity in and of itself. It’s why I don’t mind a 45-minute commute to work every day. And it’s why I’ve been known to take the long way home in order to get a few more tracks in. Which brings me to this question: What is listening to music like in your car at the moment? Do you have a sweet stereo set-up? Cassette adapter? Are you radio-only? Or maybe your car has become the designated space for your private singing practice.

I personally prescribe to options two and four out of the above. But one day? One day, you can bet that my car will have a sweet, sweet set-up so that I can park up in the mountains at night and blast that jank.

Thank you for reading. Here are a few tracks to fuel your week. This one goes out to you, Urban Beatz.

New Panda Bear tomorrow (!) And…Until the Ribbon Breaks on January 20. But—hint—lots of it is already on Grooveshark 😉

Brainfood: On Faith and Trees