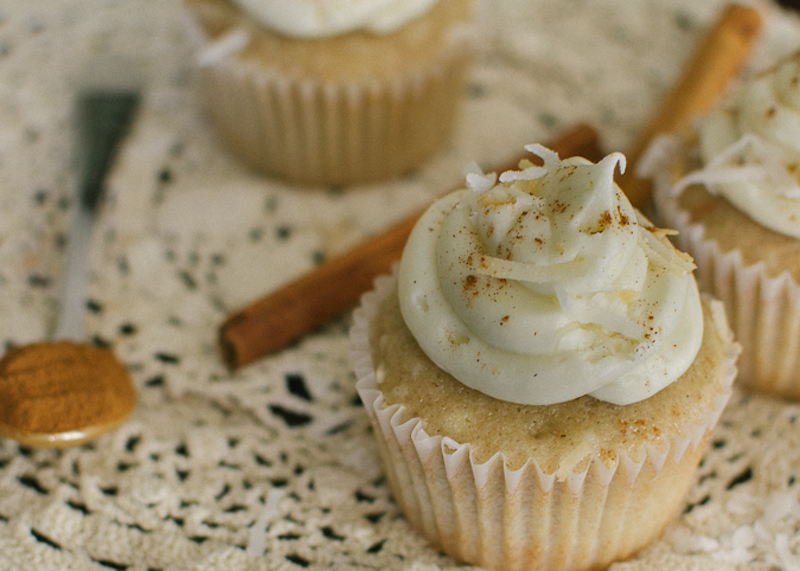 I present…the second of two successful coconut cake recipes I tried out last week. This is a great way to transition a summer flavor into the fall season, non? 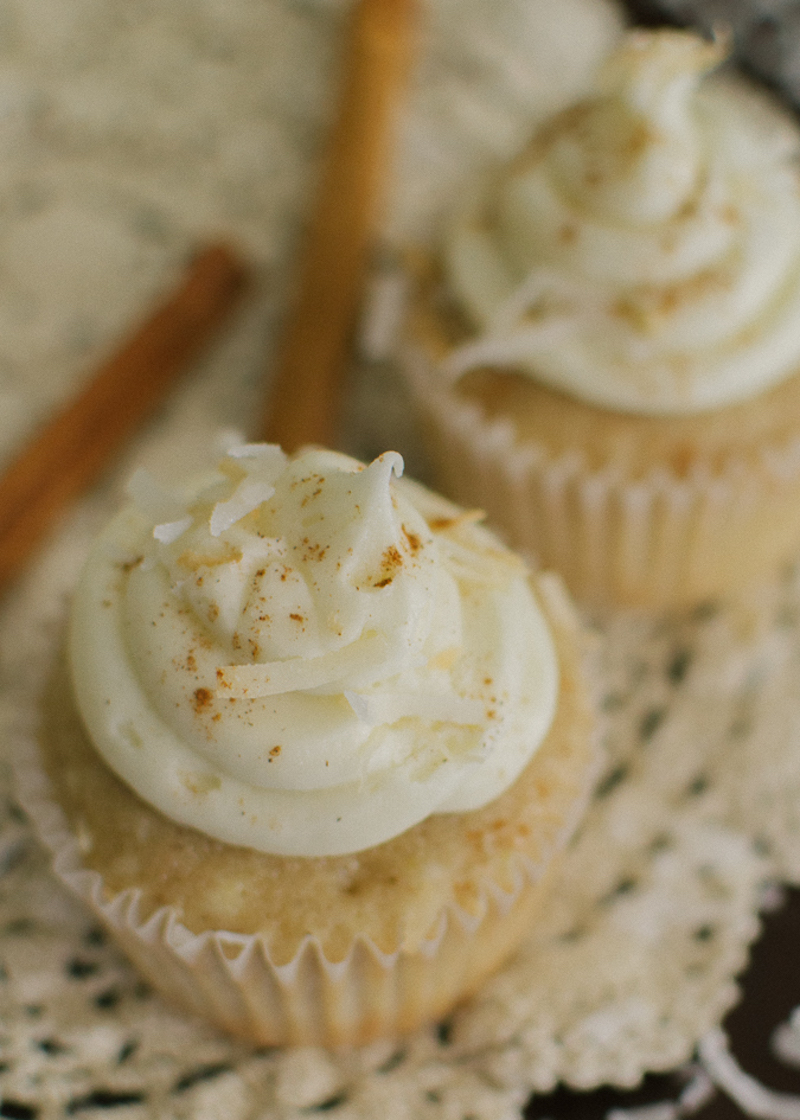 Makes 14 cupcakes or just over enough batter for one 9″ round cake pan. Double the recipe if you’d like a full-sized cake. (Remember: It’s okay to have extra batter! It’s better to freeze the extra than to add more batter than you should in the cake pan.)

In a medium-sized bowl, sift together the flour, baking powder, and salt.

Finish by incorporating the vanilla, coconut flakes, and cinnamon.

If you’re making cupcakes, pour the batter into greased or lined cupcake wells and bake for 16 to 22 minutes. If you’re baking a cake, pour the batter into a greased 9″ round cake pan and bake for 30 to 40 minutes. Rely on the toothpick test here for a perfect cooking time—a toothpick inserted into the middle should come out with some crumbs on it. 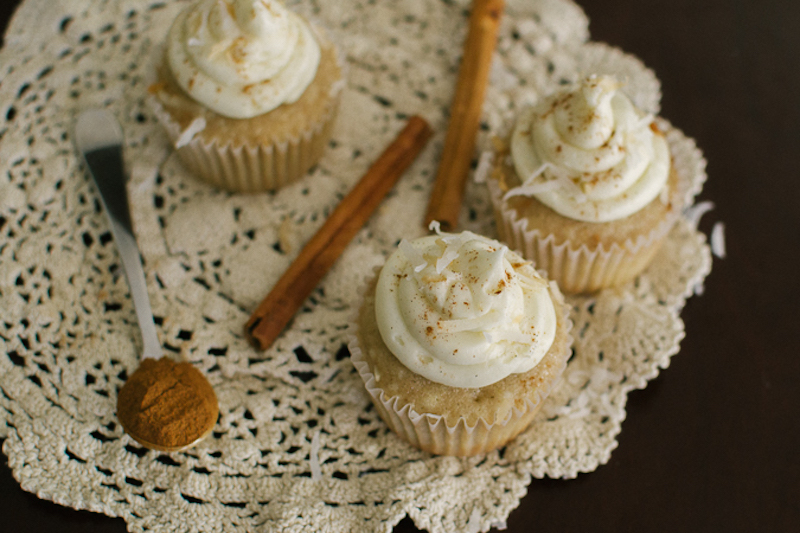 Note: I like to garnish these with some coconut flakes and cinnamon sprinkled on top. If you are going to sprinkle cinnamon, I recommend tapping the jar over the cupcakes instead of lightly shaking it; it leaves less room for error. 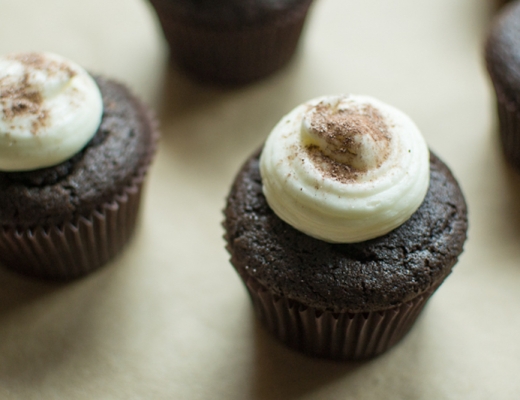 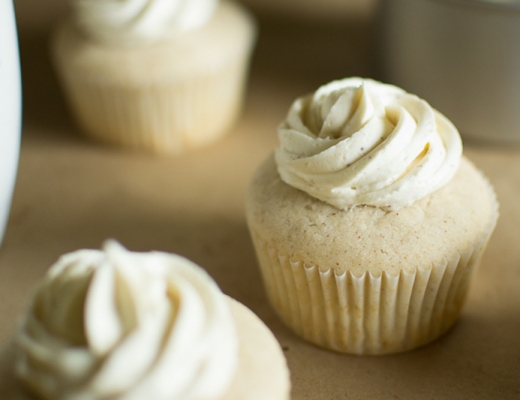 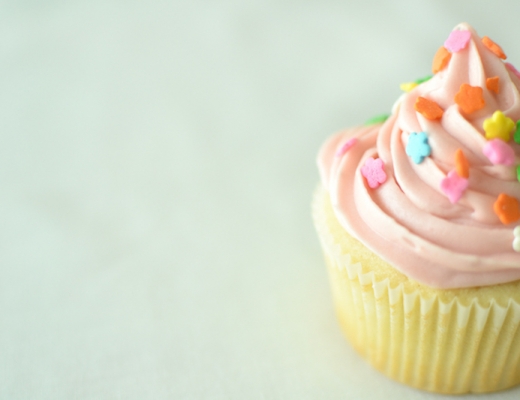