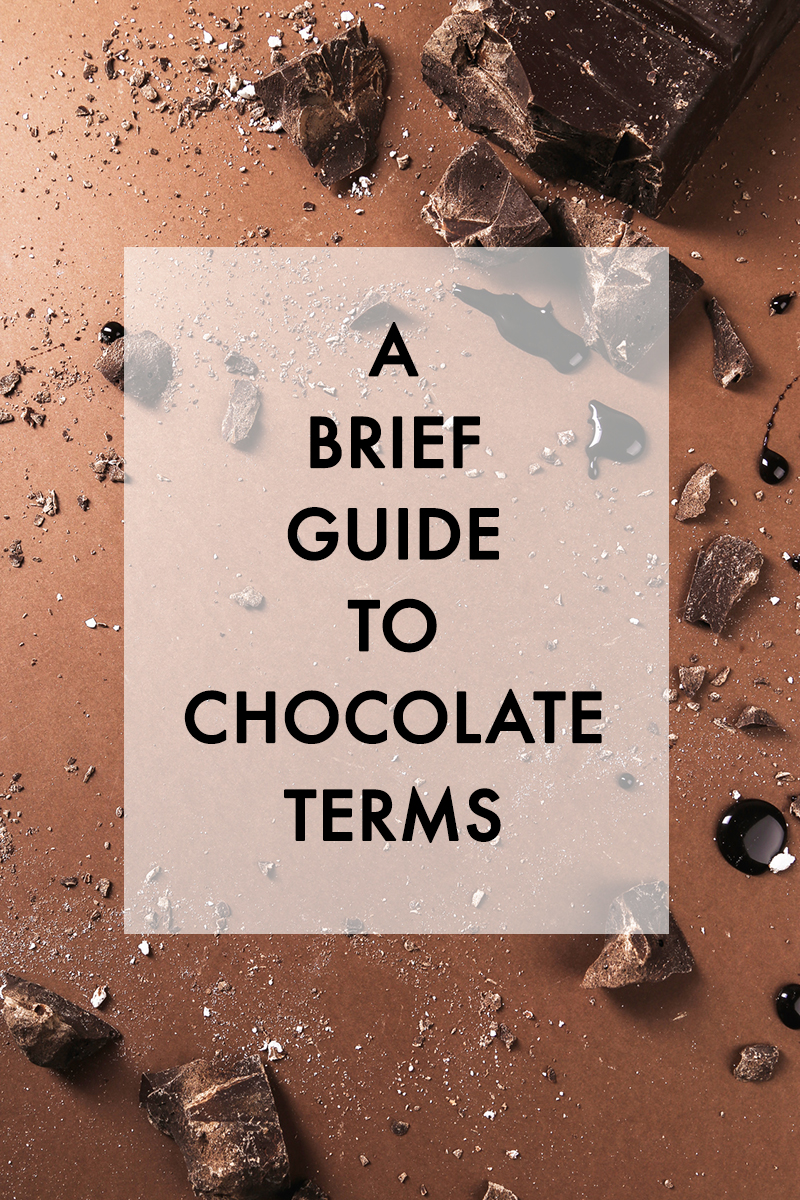 If you’ve spent any time in the baking aisle picking out chocolate for your next baking endeavor, chances are you encountered a confusing variety of chocolate-related terms. What’s the difference between cocoa and cacao, or bittersweet and semisweet chocolate? Here is a brief guide to some of the most commonly misunderstood chocolate terms. 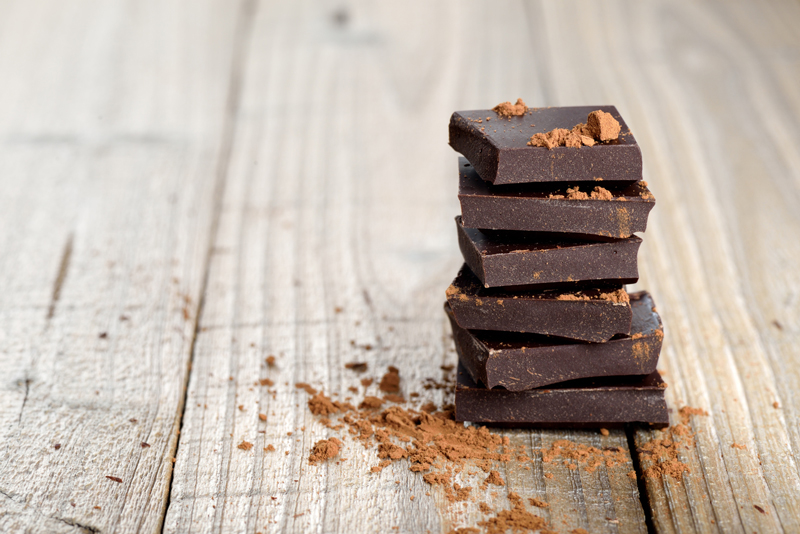 First, there are a few key cocoa bean terms you need to understand.

The cocoa, or cacao, bean, is the source from which chocolate is derived. These beans are found inside the fruit of the cacao tree in fleshy, oval-shaped pods and are then harvested, fermented, and dried. The important thing to keep in mind here is that the terms “cocoa bean” and “cacao bean” refer to the same bean. The terms “cocoa” and “cacao” alone, however, do carry some important differences. More on that later.

Cocoa beans that have been fermented, dried, roasted, and separated from their skins are called cocoa nibs. Cocoa nibs are then ground into a thick paste, which is called chocolate liquor. Chocolate liquor contains cocoa solids and cocoa butter in roughly equal proportion.

According to U.S. regulations, the term “cocoa” is actually used interchangeably with “cocoa powder.” (Quick refresher: cocoa powder is made by grinding up cocoa solids, the non-fat part of the cocoa bean.) In addition, the term “cocoa” may be used to designate products that are derived from roasted cocoa/cacao beans.

The term “cacao” is typically used to refer to any products that are derived from raw, unroasted cocoa beans, such as cacao nibs, cacao butter, cacao powder, and cacao paste. Unroasted beans contain more antioxidants and other essential nutrients than their roasted counterparts. That’s why you see the word “cacao” all over health food stores. (According to this article, apparently some people use cacao powder as a stimulant drug. Yikes.)

There is no official definition for dark chocolate, but it is essentially a combination of cocoa, fat, and sugar. Traditionally, no milk solids are added, differentiating it from milk chocolate, but many varieties of dark chocolate do contain some milk solid additives. Dark chocolate is often distinguished by the percentage of cocoa solids in the bar, ranging from about 30 percent (sweet dark) to 80 percent (extremely dark).

I’m including this here because a lot of people assume that all dark chocolate is vegan. Many dark chocolates, however, contain a variety of additives—such as milk, milk solids, or milk fat—which make pure chocolate no longer vegan. A vegan chocolate will typically contain only a short list of ingredients, such as cocoa, cocoa butter, lecithin, sugar, and vanilla. If you’re looking for a vegan chocolate, look for something that is dairy-free, whey-free, and casein-free.

Semisweet chocolate is chocolate liquor with some sugar and cocoa butter added. It usually contains more sugar than bittersweet chocolate, but since the terms “bittersweet” and “semisweet” are not regulated, this is not always the case.

Natural cocoa powder is ground up cocoa solids. It contains naturally occurring acids, which is important to keep in mind when choosing a leavening ingredient in a baking recipe. Baking soda, for example, reacts with acid to make things rise, while baking powder contains acidic cream of tartar to make things rise.

Dutch process, or European style, cocoa has been treated to neutralize the naturally occurring acids. This lends Dutch process cocoa a mellower flavor and redder color.

Unsweetened chocolate, or baking chocolate, is essentially chocolate liquor mixed with some form of fat to create a solid substance. It has a deep, rich chocolate flavor and is often combined with sugar to serve as a base in brownies, cakes, and cookies.

Milk chocolate is at least 10 percent pure chocolate, with added sugar, cocoa butter, and milk solids. It has a milder flavor than darker chocolates because it contains less pure chocolate. 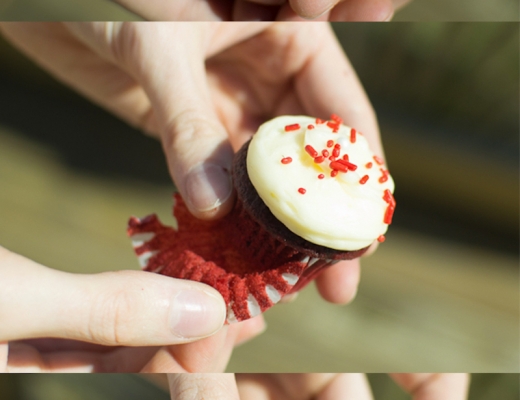 I Present…How to Eat a Cupcake 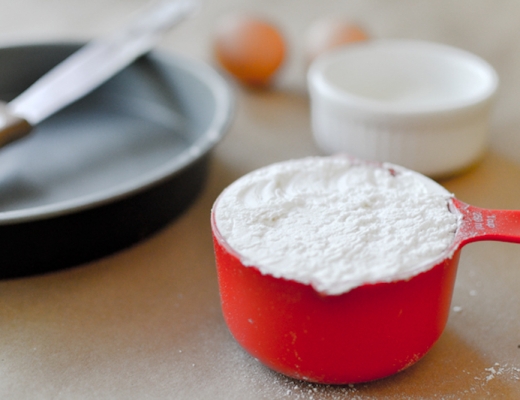 U.S. to Metric Conversions for Baking