7 Things Only (Boy-Girl) Twins Will Understand 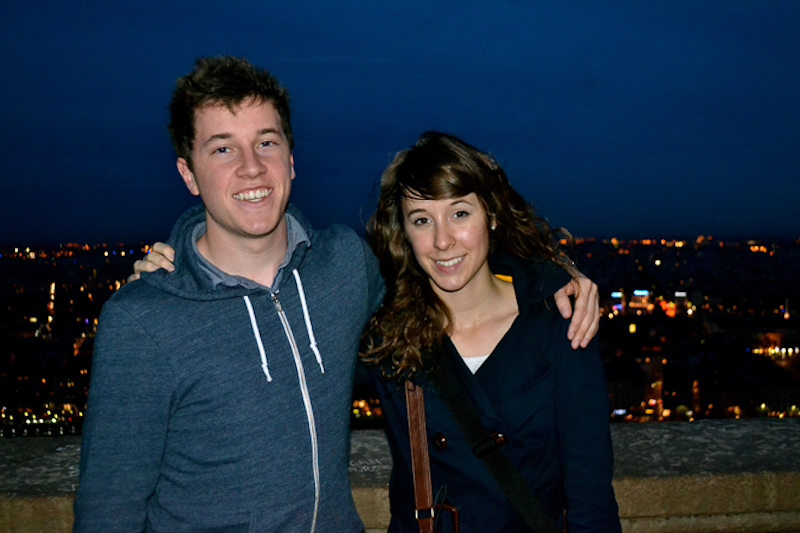 Fun fact about me: I’m a twin. I have a twin broski named Carl. I like to call him my “former wombmate.” It’s funny, because every time someone asks me what it feels like to be a twin, my response is something weird like, “I feel like it would be weirder to be born by yourself.” Ha, I simply don’t know what it’s like to not be a twin because being a twin is the norm for me. And that kind of got me thinking about what other things might seem normal to me even though they’re really only things that twins would understand. So. Without further ado…here are seven things that I think only (boy-girl) twins would understand.

Note: Since some, but not all, of these things apply to boy-girl twins exclusively, I put “boy-girl” in parentheses in the title of this post 😉

Some people actually think a boy and a girl can be identical.

The funniest question Carl and I got when people found out we were twins—and we got this frequently—was, “Are you guys identical or fraternal?” I used to always think people were joking when they asked this, but much of the time this question was asked in all seriousness; so I quickly taught myself not to laugh when this was asked. But really, guys? Know your biology 😉 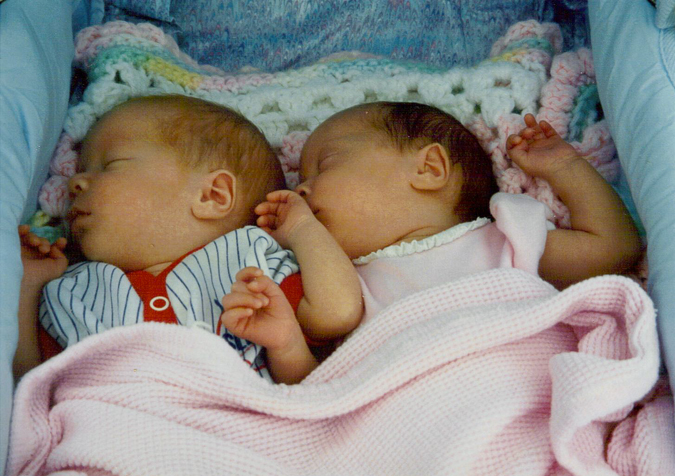 You were mistaken for someone of the opposite gender on the phone growing up.

Ha, so this one is really specific. But there was this era growing up—before either of us hit puberty, of course—when either me or Carl would answer the phone and constantly get mistaken for each other. So if I answered the phone, one of my parents’ friends would respond by saying, “Carl, is that you?” Apparently we sounded very similar on the phone, which to us was funny because what girl wants to be mistaken for a boy on the phone, or vice versa??

People in high school thought you were dating your sibling.

Most people we knew in high school knew that Carl and I were twins, but there were always those select few who simply thought we got along super well. Carl and I ran track together, drove to and from school together, and sat together at lunch whenever we had the same lunch, so I suppose I can see why people jumped to this conclusion. Ew, though.

If you’re the girl twin, being taller than your twin brother for a second was awesome.

Girls tend to hit puberty before boys, so there was a brief period in middle school when I was actually taller than Carl. It was glorious. 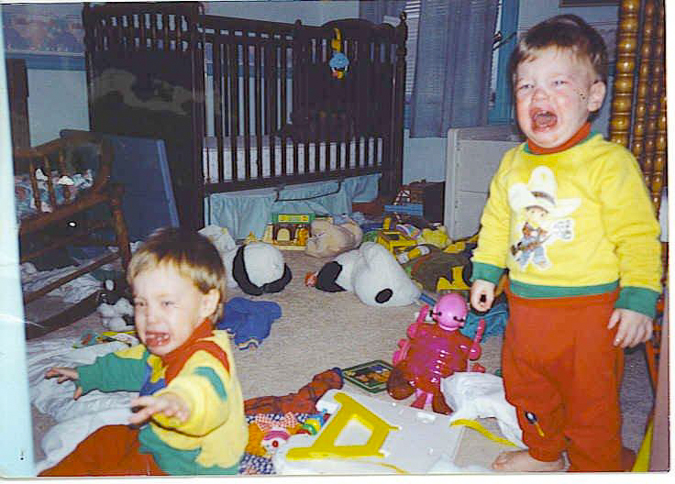 A birthday is a shared experience.

A birthday party just for me? What? This one is probably obvious, and of course it applies to all sets of twins—not just boy-girl twins. But how could I not include the central part of being a twin? Maybe some twins grow up celebrating their birthdays separately, but for me and Carl, our birthday was definitely a shared experience. Double birthday parties like this, sharing birthday presents, fighting over what type of cake we would get or which restaurant we would go to…it all happened. Not that I’m complaining, since sharing your birthday with someone can always make for a bigger party. It’s odd though because my brother and I live in different places now, and for the first time ever we’re starting to have solo birthday parties. We hardly know what to do with all of the singular attention.

Again, this applies to all twin sets, but I couldn’t leave this central part of being a twin out, either. Being a twin is about more than simply sharing a birthday growing up. You share gifts, bedrooms, friends, etc. I like to think being a twin has made me a more compassionate person in this way (maybe?)

The older twin can always brag about being born first.

Being older wouldn’t matter, except for the fact that we’ve been asked who is the older twin numerous times. I happen to be the older twin in this duo. By one minute. I never let Carl forget this between 7:00 and 7:01 p.m. on our birthday.

Fruity Pebbles Cupcakes: Coming to a TV Near You