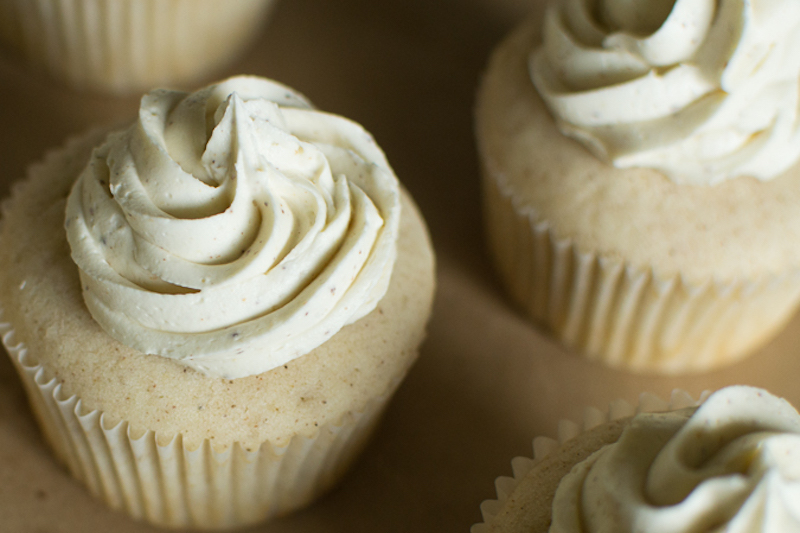 Are you surprised that this frosting isn’t actually brown in color? Weird, I know. It’s just slightly darker than regular buttercream frosting. But this frosting is probably one of the most interesting frostings you will ever make! It involves a technique of browning butter on the stove for a few minutes to bring out a nutty aroma. (You can read more about that technique here.) It will blow your mind if you’ve never encountered it before. And the great thing about this recipe is that once you’ve done the work of browning the butter, you only need to add one ingredient! 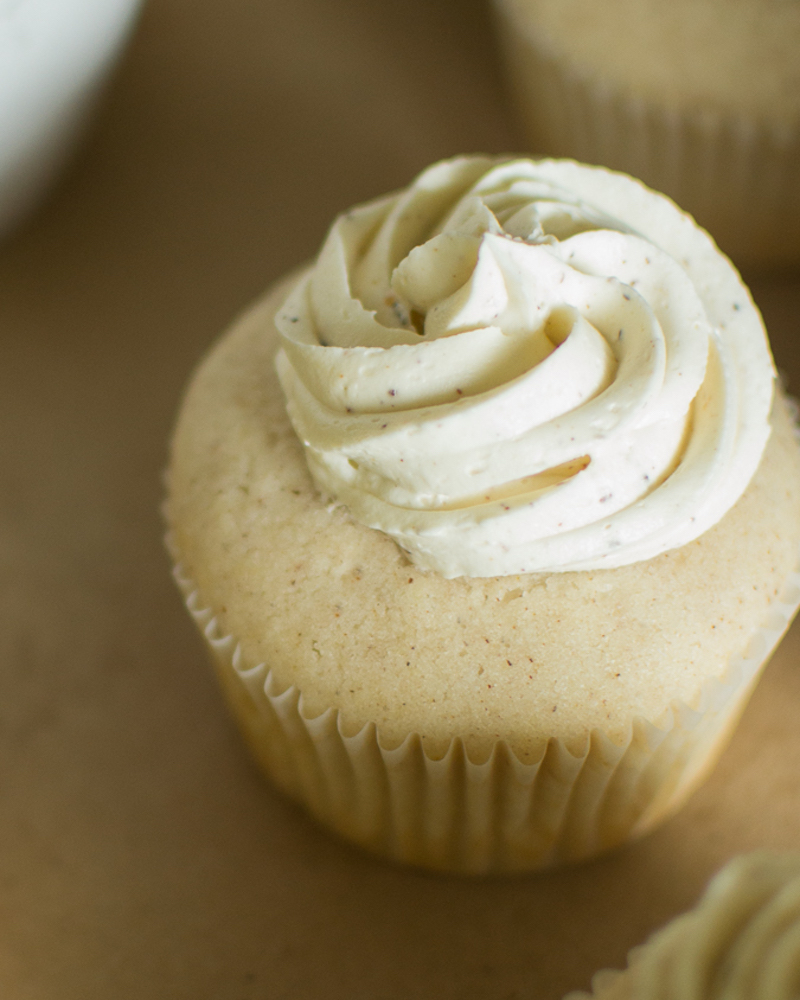 Makes enough for 12 cupcakes or for half of a standard double-layer 9″ round cake.

Set the butter in a non-stick skillet over medium heat, and whisk it here for about 8 minutes until the butter is brown. (You’ll know it’s ready when you can smell the heavenly aroma—just trust me.)

Transfer the butter to a heat-proof bowl. You may notice that you’re picking up little brown flecks as you do this; those are bits of milk that heated faster than the rest of the butter. I like to scrape some of them up with the butter because it gives you some nice-looking flecks in the frosting later.

Let the bowl of browned butter chill* for about 45 minutes until it has almost solidified again. I recommend not letting it get too hard again here because that’ll make it harder to work with later.

Transfer the butter to a large mixing bowl and cream with an electric mixer.

Gradually beat in the powdered sugar. As always, keep an eye on the consistency as you go. If you want something a little less thick (such as icing for a cake), you can always add a tsp or two of water. But I know that would technically be a third ingredient…ha!

That’s it. Apply frosting to completely cooled cupcakes or cake. 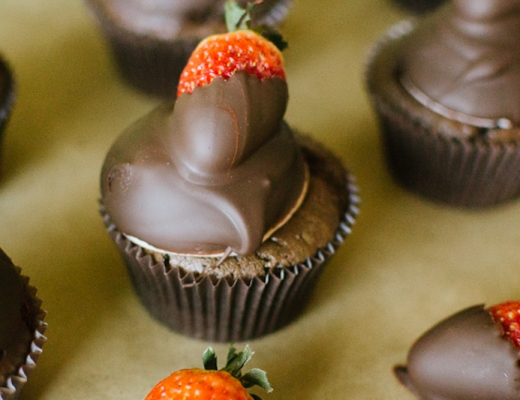 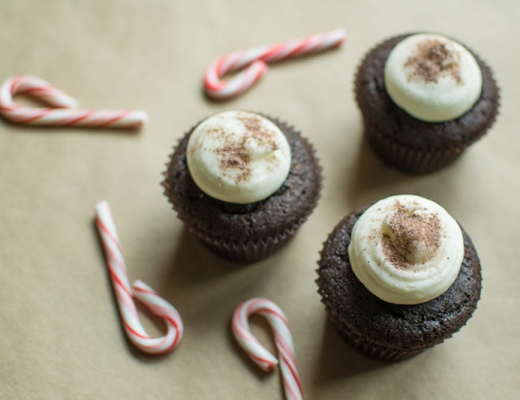 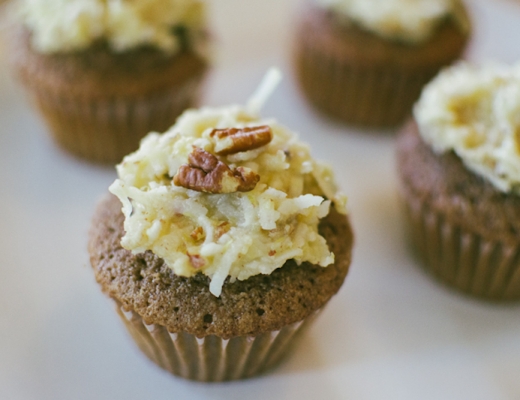